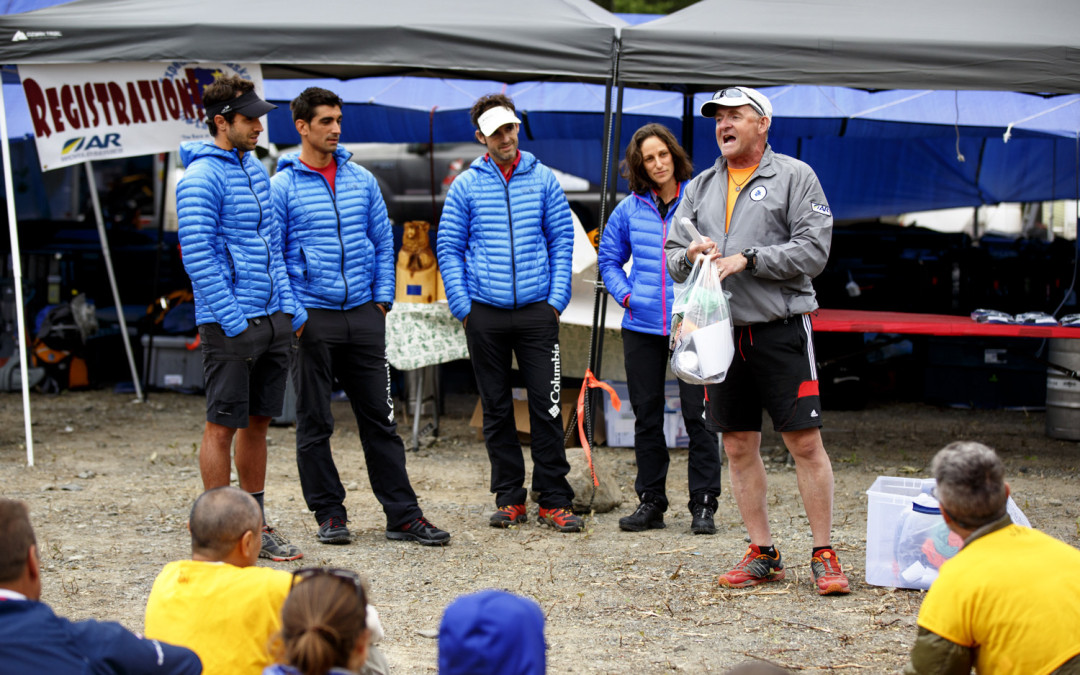 Sharp-eyed Expedition Alaska fans who kept a close eye on our live tracking page yesterday no doubt noticed that Team Columbia Vidarade slipped down the leaderboard after spending a long night on the Eklutna Glacier. Obviously there has been a lot of interest into exactly what happened, and we thought it fitting that we share the story.

Throughout the first day of the race, Vitarade was constantly near the front of the pack and were often setting the pace for the teams that followed. They were amongst the first racers to ascend to the top of the glacier, and continued to spar with other top teams as they trekked through the very difficult and demanding opening stages of Expedition Alaska.

But in the early hours of Monday morning, as the squad moved across the snow and ice of the Eklutna Glacier, team member Marco Amselem slipped and fell into a crevasse. His teammates were able to arrest his fall, but during the initial drop he suffered a separated shoulder. That injury would ultimately result in his evacuation from the mountain, and eventual withdrawal from the race.

Marco and his teammates ended up spending a long, cold night on the glacier while they waited for a rescue helicopter to arrive on the scene. That happened on Monday morning, and Marco was flown to Anchorage where doctors reset his shoulder and immobilized it with a sling. Fortunately, the damage was minimal, and his recovery time won’t last for too long. He will most assuredly be ready to compete in the Adventure Racing World Series Championship in Brazil later this year.

As for the rest of Team Columbia Vitarade, they will press on with Expedition Alaska without their friend. While the trio of Urtzi Iglesia Mota, Jon Ander Arambalza, and Tessa Roorda are disappointed that Marco won’t be able to join them, they want to continue exploring more of the possibilities for adventure that this spectacular course still has in store for them.

A big tip of the hat goes out to the Yogaslackers as well. That team, along with members of the Expedition Alaska support crew, was nearby when Marco fell into the crevasse, and quickly lent a hand to help in his rescue. The Yogaslackers’ selfless efforts reflect the level of respect and sportsmanship that adventure racing teams have for one another, which is one of many things that make the sport so great.