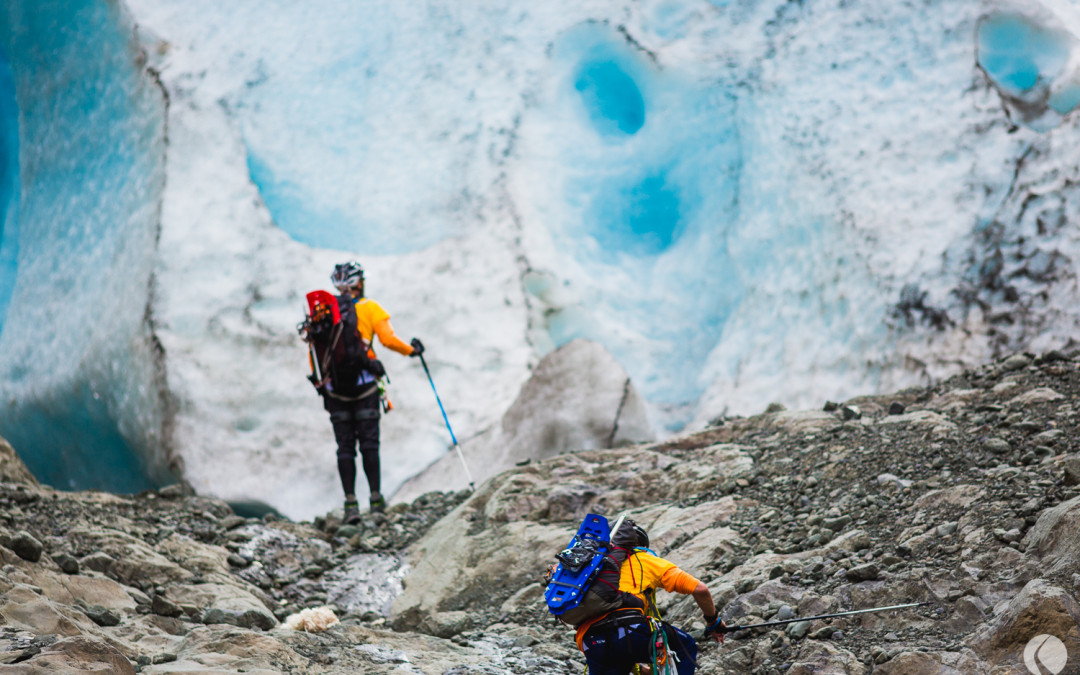 By : Pyro as reported for Sleepmonsters

Gung Ho were the first to line, having ridden direct to Seward from TA6. They came in to the line battered and bruised.

Jay Zech admitted that he’d coerced his wife into coming to Expedition Alaska as her last race, and probably also his. He very emotionally admitted that it was probably time for them to retire from reaching, not because of the race, but because they’ve had a long career, and it’s just time. His wife and teammate Penny was interviewed by the video team and pulled out the teams own compact camera with the words “I have 315 pictures on this camera, which I will look at hours, months, years from now and remember all the awesome stuff. We went through so much, and overcame so much this race” The next thing they were aiming to overcome was the biggest three cheeseburgers they could find. Their third team mate, Rob Kinsley was fill of praisr about the course design, despite having suffered with sickness at various points in the course. “Every stage was harder than any stage on any other race, and when you put all of those together… Dave was honest, Dave told everyone about it, told everyone it would be the hardest thing they’ve ever done, and people didn’t believe him.”

Team Rogue were next over the line, finishing in third place overall (them, not Equilibre as I reported yesterday. Apologies to all the Team Rogue followers.) They admitted they were definitely celebrating this evening, and that it felt great to be finished. This place was well beyond their expectations, and they’d paddled through the night just to get through to TA6 and make it into the final loops and get themselves to the end on time. Kathryn Preston admitted they were relieved to hit the line, and had stopped just short of Seward simply to put jackets on, as the weather here had deteriorated.

Traces of Nuts arrived in Seward next, just “stoked to be here” as Luke Nuttall put it. They’d had a hard ride on the last loops, with the tough MTB leg over Lost Lake to finish, which they thought they’d never get out of, because of some tough navigation. Asked what they were looking forward to most for the evening, Az Roberts’ response was “well, the word ‘beer’ popped up a few times in the last few hours.” Their view was that the greatest thing on route was sense of scale; the scale of the stages, the scale of the course, the size of the mountains, and the freezing temperatures of the water.

Having been the only qualifying team who took the bail-out option during Stage 2, they were both happy and sad about the decision. Though the decision worked in their favour, they were happy to have seen so much, finished as a four and admitted they may not have finished at all if they had done the full trek. Only they and Tecnu did everything they did on course without being bussed forward, and that alone is an achievement.

Yogaslackers, the second place finishers, first opined that it was “Kinda mean to finish and look up see what you’re going to have to run tomorrow morning.” The run of Mount Marathon is the final activity, and the teams have a hard act to follow, with Kilian Jornet having broken the course record by over 2 minutes today. They too were happy to have completed as a full team, Jason Magness commenting that ”AR is not about being an individual, it’s about working as a team, so we are so glad to finish as a four, and all are least kind of in one piece”. They were really happy to complete a race in Alaska, where Chelsey grew up and Jason went to school, and had always thought there should be a race in Alaska for a long time.

Tecnu arrived next, having built a lead no other team could touch. They’d suffered and switched down a gear for the end of the race, but were overjoyed to have taken the win. They’ve been untouchable for most of the race, and despite cold, wet and worrying conditions on stages one and two, have taken complete command of the route.

Eventually, after a few hours, a few misdirections and a few tense moments, every team crossed the line with 25 minutes to spare before the official Dark Zone. All that remains is some story telling and beers tonight and a quick 5km run up 3,000ft of Mount Marathon tomorrow and the inaugural Expedition Alaska Adventure Race will all be wrapped up. Until then, the race results won’t be official, but for now, I don’t think the teams mind…

For further Expedition AK inside scoop, check out daily updates from Pyro, a valuable member of the ExpeditionAK press and an especially adventurous writer, on Sleepmonsters.